The Seven Virtues of Humanity: Humility 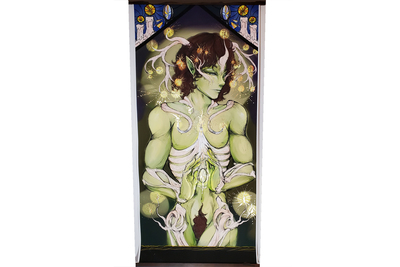 Humility, the opposite to Pride, is a figure bare of any clothing or adornments, only their bones show through. The figure’s bones burn like candles melting away in order to show their lack of concern for their own appearance, and instead focus on being a light for others. The figure holds a broken mirror in which their flame still reflects brightly, this symbolizes a low concern for one’s appearance in order to have an impact on greater aspirations.